Published on 22 March 2022 in MONTMARTRE

October 6, 1889, 8 p.m : The atmosphere is festive at the Moulin Rouge, it's the opening of a new kind of popular ball, a mythical place that will continue to make its visitors dream for over 125 years !

The founders Joseph Oller and Charles Zigler (already owner of the Olympia) nicknamed it the first Women's Palace and bet on their success by proclaiming that the establishment would become the most grandiose temple of music and dance. From the very first night, the Moulin Rouge charmed its guests and the hopes of the owners were already fulfilled. 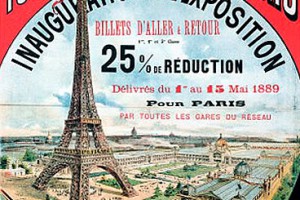 It is with excitement that the public comes in groups to discover this extraordinary place in the heart of Pigalle : an extravagant decoration, a spectacular hall, a gigantic ballroom, a garden accompanied by its giant elephant and shows inspired by the world of circus !

The social barriers are disappearing ! The Parisian cabaret quickly became the place where the bourgeois from all over the capital came to get sloppy and mix with the marginalized, artists and acrobats of the neighborhood.

The Moulin Rouge also revolutionizes the codes of seduction and pulverizes the taboos of the era. It is between its walls that the French Cancan acquires its fame which has never left it since. A dance full of audacity and strong in symbol which quickly conquered the heart of the public. These are its emblematic artists, La Goulue and Valentin Le Désossé, accompanied by their troupe, who will perform the first cancan in the history of cabaret.

After the years of the exclusive Cancan, then the Operettas and the first performance of the artist Mistinguett on the stage of the Moulin Rouge, the cabaret faces a tragic event... A fire that will destroy half of the building and will cause its closure for almost 10 years. 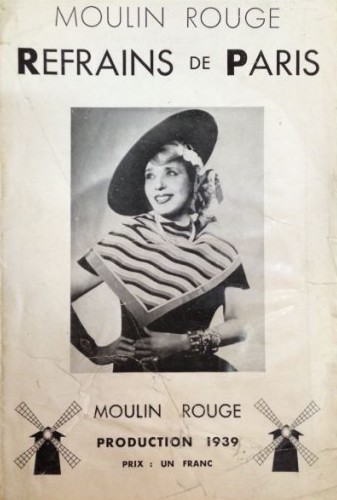 When it reopened, Mistinguett reinvested the place accompanied by Jacques Charles with whom she created the concept of "La Revue".

Did you know that since 1962 the titles of the Moulin Rouge reviews always begin with the letter "F": Frisson, Fascination, Formidable, Follement …

During the Second World War the cabaret stopped its shows and became the biggest cinema in Europe. This room will remain open to the public until the 80s.

It took six years after the war for the Moulin Rouge to regain its effervescence ! Indeed, in 1951, its owner, Georges France, began work to restore the cabaret to its former splendor.  He took over the basement room and introduced a revolutionary concept : the dinner show.

Since 1962, the Moulin Rouge is under the supervision of Jacquie Clerico who brings the revues up to date, respecting the great tradition : under feathers and rhinestones, as in the time of Mistinguett. His first revue, which he named "Frou Frou" was an immediate success. Even today, every night, the magic is reborn with the revue "Féerie". 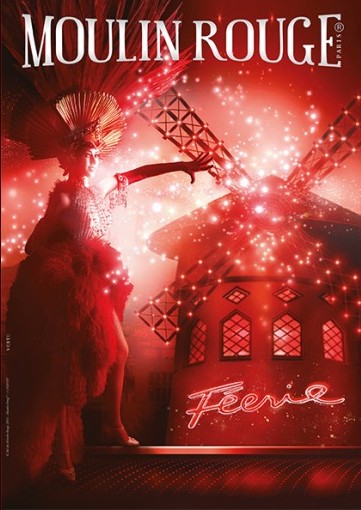 To sum up, the Moulin Rouge, in 125 years, has known how to cross all eras. It has become a tourist attraction just like the Eiffel Tower or Versailles.  This mythical cabaret hall attracts thousands of spectators every year, this place is a true symbol of the Parisian night.

You want to enjoy an extraordinary stay under the glitter and sparkles ? Come to our residence ! Choosing our apartments means choosing to be in the heart of Abbesses street, 3 minutes walk from the Moulin Rouge, the Sacré Coeur and all the tourist activities of Montmartre !